As many of you may know, Windows 10 Technical Preview was announced by Microsoft four days ago (on Sep 30, 2014). I have installed the preview on a virtual Hyper-V machine to test out the latest features. 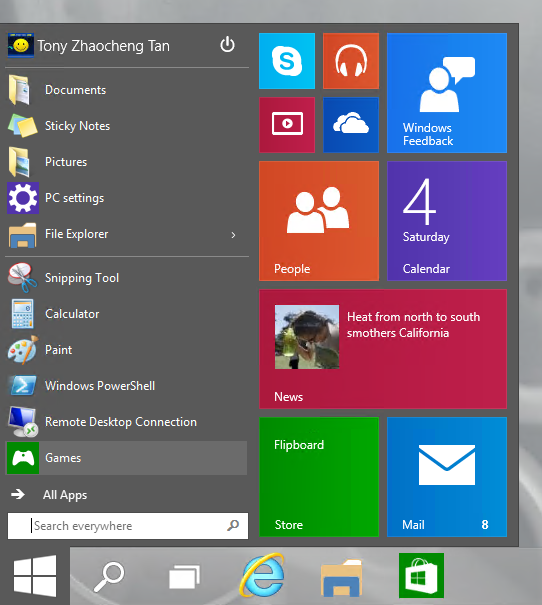 Another new feature is designed to improve efficiency: "Task View", which allows users to create multiple "desktops" on their computer and see all their opened windows more easily. This is very similar to the "Exposé"/"Mission Control" feature on Mac OS. 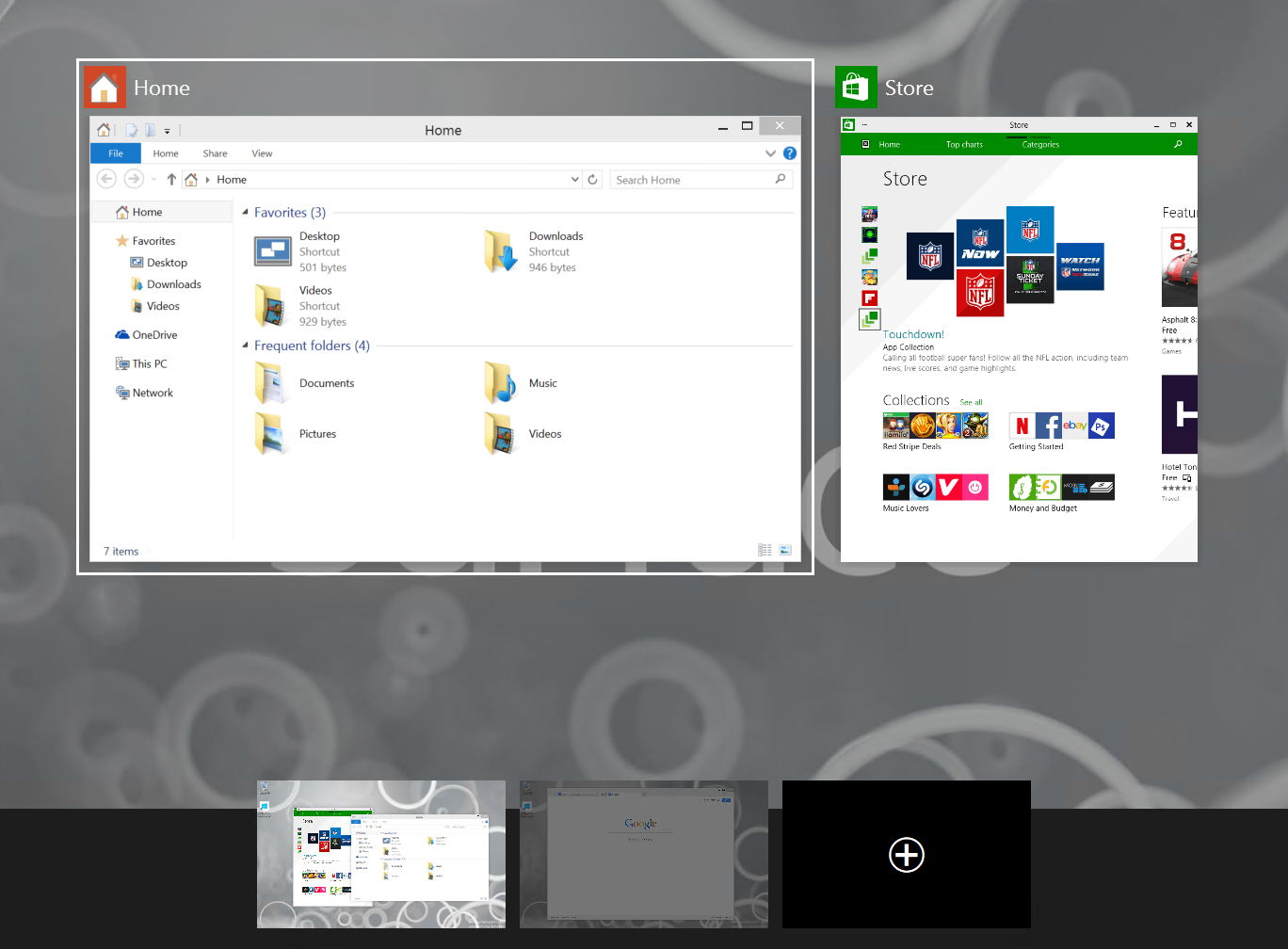 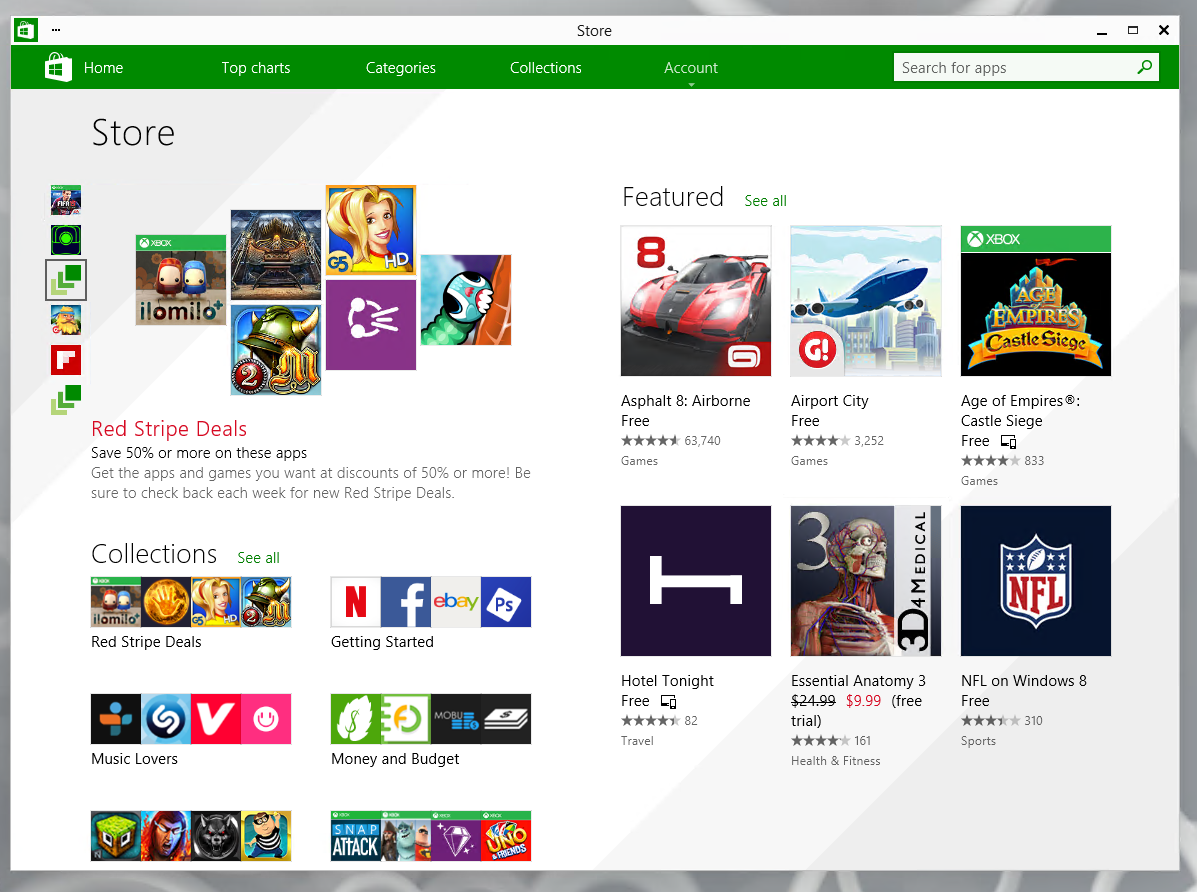 There is another feature that is planned but not yet implemented in this technical preview: "Continuum", which is going to enable Windows 10 to adjust the User Interface based on the type of hardware attached to the computer. Perhaps this is the feature that will help Microsoft achieve its goal to "deliver the right experience on the right device at the right time." This can be particularly useful on devices that can be considered hybrids between laptops and tablets, such as the Microsoft Surface Pro 3. Here is an official demonstration:

Finally, not as significant as others but a useful improvement: Command Prompt now supports Ctrl + V pasting! This is useful because as of now, in order to paste content into the Command Prompt, one has to right-click and select "Paste" using a mouse/trackpad. Ctrl + V pasting could save users time and the hassle of moving their hands. 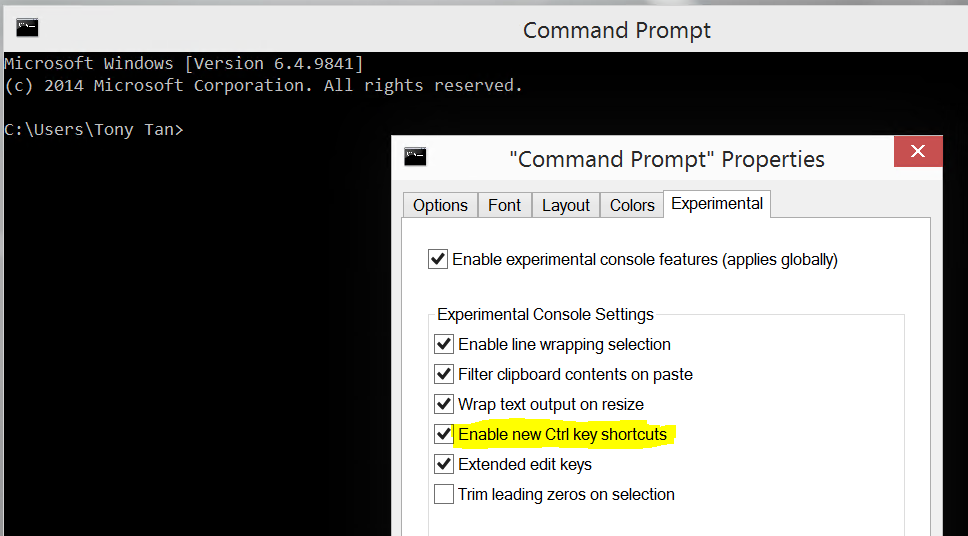 Where did Windows 9 go?

Wondering where "Windows 9" went? Well there are many interesting explanations on the Internet, including "Windows seven 'ate' nine." Jokes aside, there is an explanation on Reddit that is highly probable: To avoid causing compatibility problems with many 3rd party programs that interpret any Windows version starting with a "9" as Windows 95 or Windows 98 because they are using code that look like this:

Want to try out Windows 10?

Want to try out Windows 10 Technical Preview, too? Register for the Windows Insider Program at insider.windows.com, but keep in mind that installing pre-release software is inherently risky and bugs are to be expected. Remember to always back up your data beforehand, and to test this on a secondary or virtual computer. Make sure you know what you are doing, or in Microsoft's official words, "if you think BIOS is a new plant-based fuel, Tech Preview may not be right for you." Also, more consumer-oriented features that are not in the current preview are still yet to come. 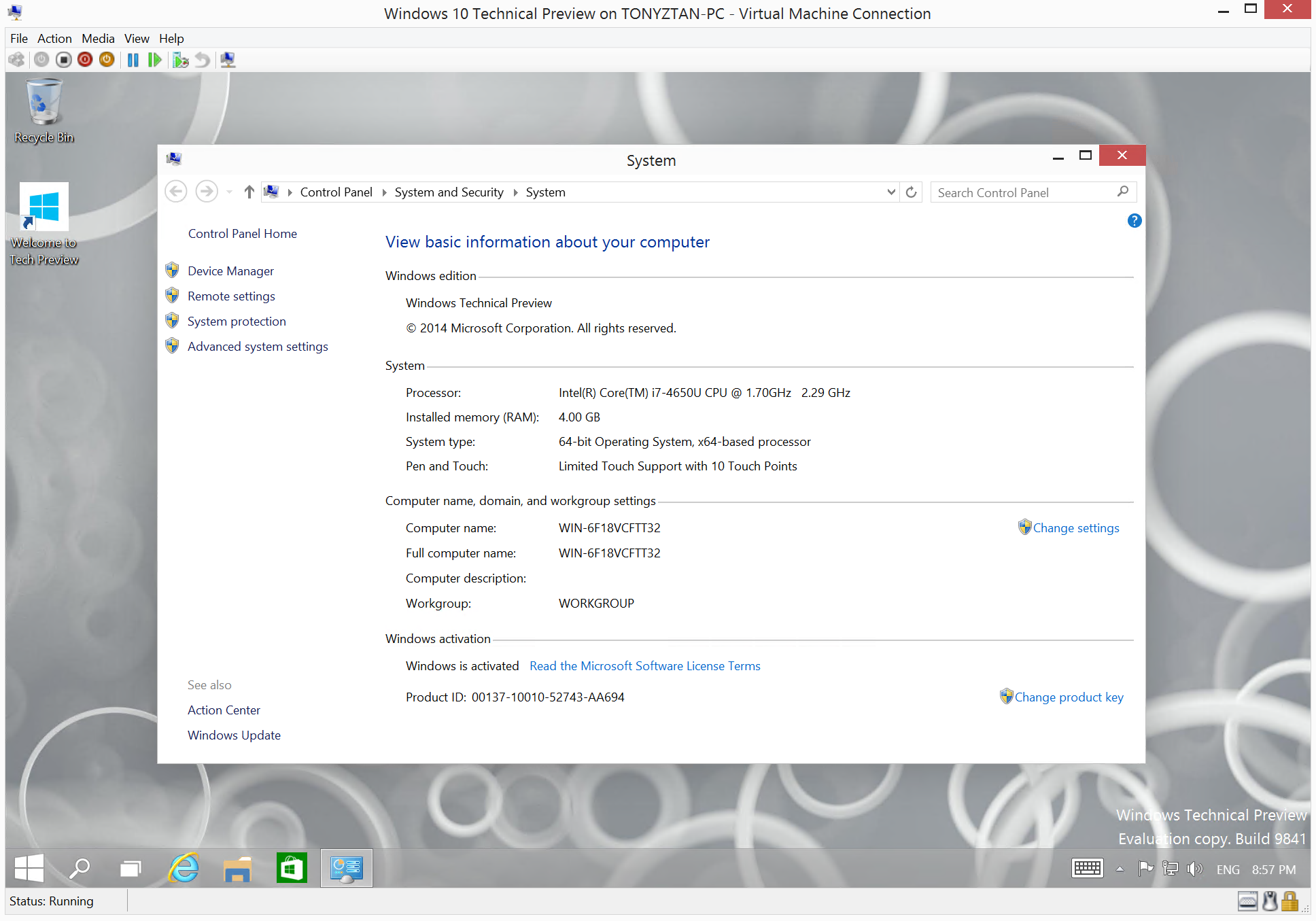 A case of alleged malfeasance by cell phone carriers, or at least a collision between the carriers and its customers and regulators.

Three perspectives on recently proposed legislation on cybersecurity in the Internet of Things (IoT).