The FBI used to recommend encryption as a measure against black hat hackers and fraudsters. Now it seeks laws that would ban secure encryption and weaken security, because encryption sometimes makes investigations harder.

"The whole controversy stems from Apple’s decision to encrypt iPhones by default - so that only the user can unlock a phone with a pin or password and even Apple itself does not have the key. It was a huge step forward for security, and given that the US government considers cybersecurity attacks a more dire threat than terrorism, you’d think they’d be encouraging everyone to use more encryption. But Comey essentially argued to Congress that because encryption sometimes makes FBI investigations harder, it should be outlawed." 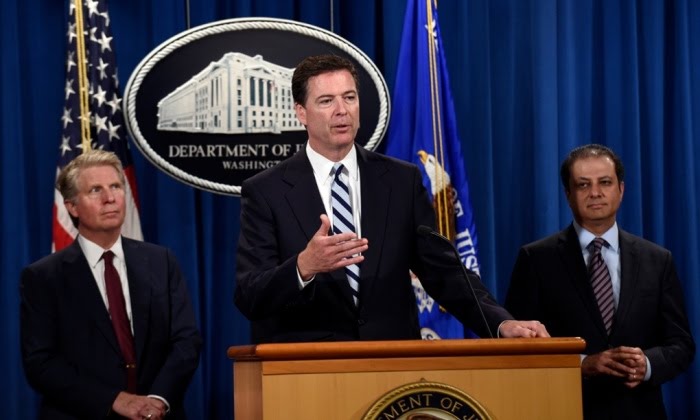 Forcing tech companies to building a backdoor into otherwise secure systems does more harm than good. Granted, the FBI would probably have an easier time reading data off devices, but the same backdoor can also be used by spy agencies around the world and the very criminals that encryption was designed to deter. Backdoors make encryption practically useless.

"While officials carefully avoid the term “back door” — or any suggestion of weakening our encryption systems against real attackers — this is wishful thinking. These systems are already so complex that even normal issues stress them to the breaking point. There's just no room for new backdoors.

To be blunt about it, the moral is pretty simple:

Encryption backdoors will always turn around and bite you in the ass. They are never worth it."

Techdirt on the removal of FBI's encryption recommendation: https://www.techdirt.com/articles/20150325/17430330432/fbi-quietly-removes-recommendation-to-encrypt-your-phone-as-fbi-director-warns-how-encryption-will-lead-to-tears.shtml

A case of alleged malfeasance by cell phone carriers, or at least a collision between the carriers and its customers and regulators.

Three perspectives on recently proposed legislation on cybersecurity in the Internet of Things (IoT).